The Vice Chairman of the Provincial People’s Committee, Mrs. Nguyen Thi Hanh, and Mrs. Vu Thi Thu Thuy, a former Vice Chairman of the Provincial People’s Committee and a former Rector of Ha Long University, as well as representatives of Uong Bi city, universities, colleges, and businesses working with the University, were present at the ceremony. A delegation from Japan that included Mr. Takebe Tsutomu (the great old man), special advisor to the Japan-Vietnam Friendship Parliamentary Alliance, Mr. Tsuchiya Shunsuke, deputy governor of the Hokkaido prefectural government, Mr. Watanabe Shige, deputy ambassador of Japan in Vietnam, and close to 40 members of the delegation from Hokkaido province, Japan, attended the opening ceremony of Ha Long University in the academic year 2022. 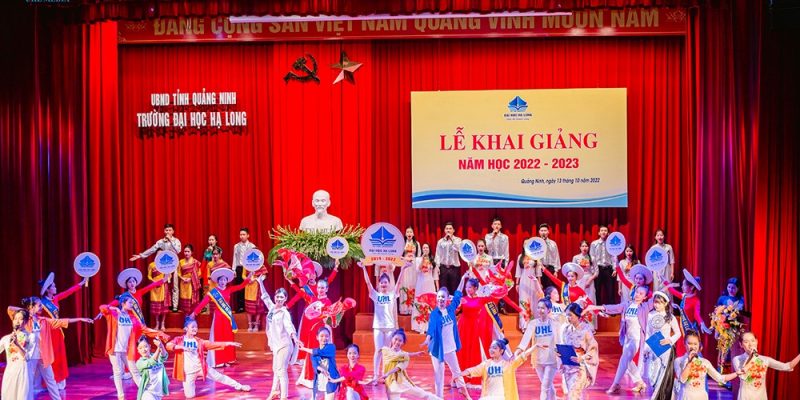 Performance at the beginning of the school year

With 1,959 new students, Ha Long University’s undergraduate enrolment reached 100% of the goal for the academic year 2022–2023 right away. There are currently 1,739 undergraduate students enrolled in the 16 training disciplines, with a focus on the following 5 fields: tourism, services, foreign languages, technology, social and humanities, economics, and administration. This totals 7,500 students enrolled in the school’s training programs. 5,500 students are enrolled in formal education; more than 90% are college students.

Ha Long University has been established and grown for eight years, expanding both in size and stature. There are 39 doctorates out of a total of 298 lecturers and employees, up 13 times from 2015; there are also 191 master’s degrees, up 1.3 times from 2015. Three of the 16 university training programs are accredited in 2021, with the remaining programs still being accredited in 2022. The school intends to establish at least one training program that is totally in English during the current academic year, as well as three new master’s degrees in English Language, Computer Science, and Tourism. 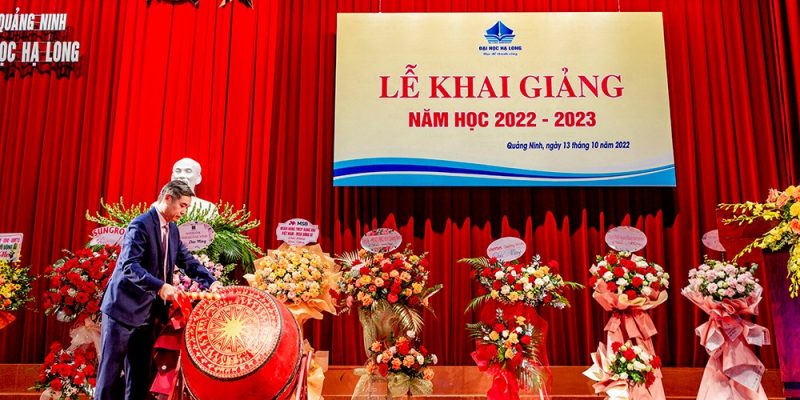 The decision to appoint Mr. Takebe Tsutomu (Special Advisor to the Japan-Vietnam Friendship Parliamentary Alliance) as a special advisor for Ha Long University, working from October 2022 to October 2025, was made public during the opening ceremony. 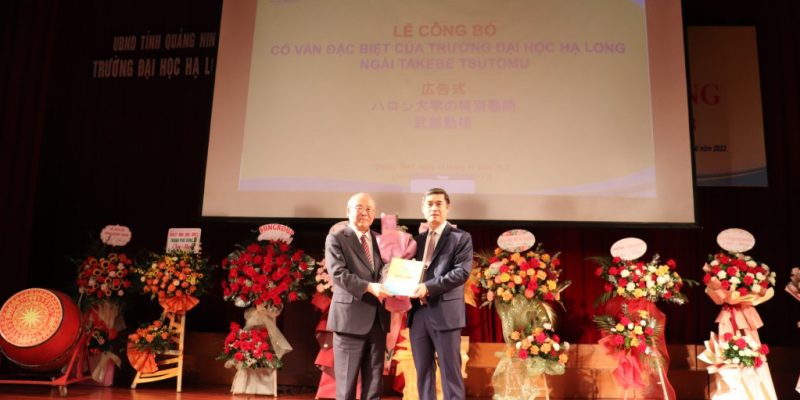 Announcing and giving the decision to invite Mr. Takebe Tsutomu (Special Advisor to the Japan-Vietnam Friendship Parliamentary Alliance) as a special advisor of Ha Long University.

The signing of a collaborative agreement between Ha Long University and the Kitami Institute of Technology in Japan took held as part of the inauguration ceremony as well. The two parties are dedicated to fostering cooperation in such areas as the exchange of graduate and undergraduate students, lecturers for learning and teaching, scholarly documents, publications, and scientific information, cooperation in scientific research, coordination in organizing conferences and seminars abroad, and other educational and academic exchanges. 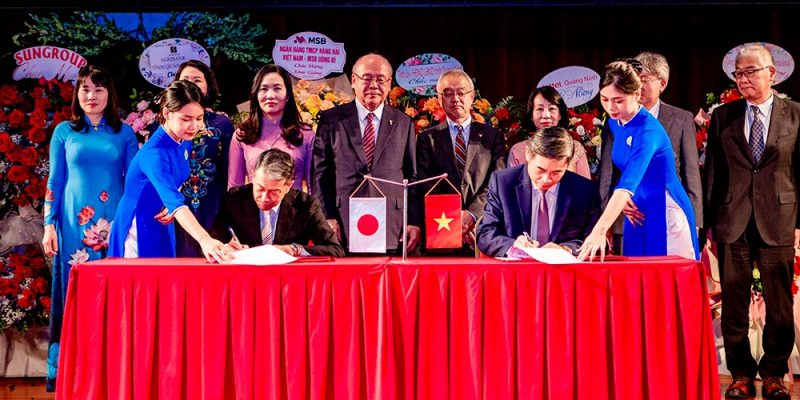 Comrade Nguyen Thi Hanh, vice chairman of the provincial people’s committee, spoke during the ceremony and expressed her gratitude for the group from Japan’s Hokkaido prefecture attending the opening of Ha Long University. This demonstrates the close ties, growing friendship, and ongoing collaboration between Quang Ninh Province and Hokkaido Province, as well as between Ha Long University and Kitami Institute of Technology.

Comrade Vice Chairman of the Provincial People’s Committee stressed that the province’s labor market now suffers from a severe shortage of human resources. Ha Long University must play a crucial and fundamental role in the development of high-quality human resources and skilled employees linked with labor restructuring in order to expand the size and enhance the quality of the province’s population.

The vice chairman of the provincial people’s committee anticipated that Mr. Takebe Tsutomu would assist Ha Long University in becoming more advanced than Japan, progress the field of education, and significantly advance the objective. developing top-notch human resources for the province and the entire nation. 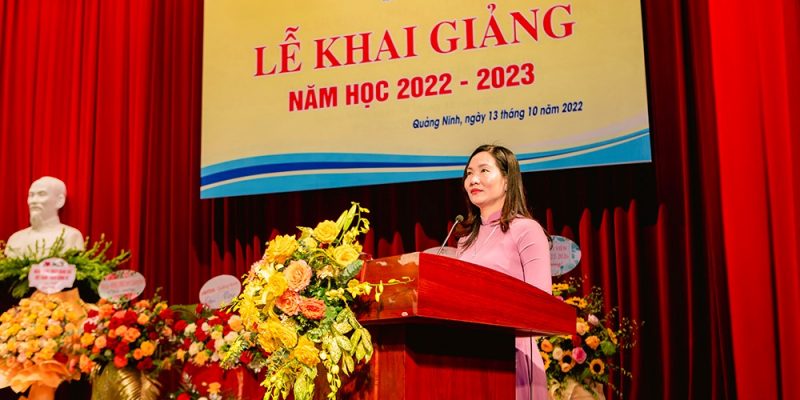 Ha Long University celebrated this occasion by recognizing the first six valedictorians of the academic year 2022–2023; businesses collaborate with the school to offer scholarships to students who have to deal with challenging circumstances but who have made outstanding academic and training progress. 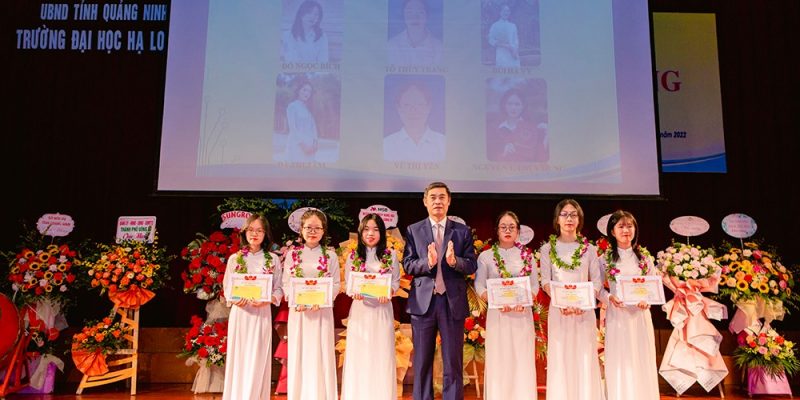