At the opening ceremony of the new academic year 2022-2023, Ha Long University announced its decision to invite Mr. Takebe Tsutomu, special advisor to the Japan-Vietnam Friendship Parliamentary Alliance, to be a special advisor of Ha Long University from October 2022 to October 2025. This is an honor, as well as an opportunity for the school to open future high-quality training directions 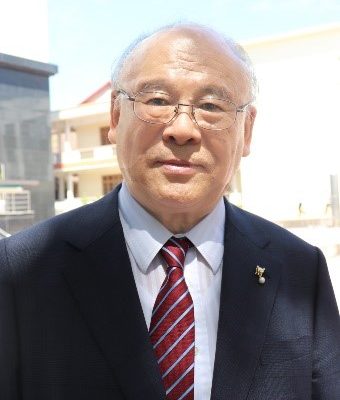 A reporter from the Quang Ninh Province Media Center (Vietnam) conducted an interview with Mr. Takebe Tsutomu on this occasion to ask about his upcoming orientations at Ha Long University.

This is an exceptional promise I made long ago to Prime Minister Pham Minh Chinh. Prime Minister Pham Minh Chinh was then a member of the Politburo and Secretary of the Central Committee of the Communist Party of China. He was also the Head of the 12th Central Organization Committee and the Chairman of the Vietnam-Japan Friendship Parliamentary Group of the XIV National Assembly when we dined in Da Nang in January 2020 with a delegation of 1,000 Japanese guests led by Mr. Nikai Toshihiro, leader of the Liberal Democratic Party. At that time, I was also the chairman of the Vietnam-Japan Friendship Parliamentary Union and a member of the Party’s Politburo. The purpose of Ha Long University for the development of Quang Ninh in particular and the Northern region in general were introduced by the prime minister with enthusiasm. I was asked to serve as a special advisor for Ha Long University by Prime Minister Pham Minh Chinh. “Join Ha Long University as a Japanese teacher,” he commanded. I agreed to be the Special Advisor here in order to fulfill my promise to the Prime Minister, who wishes to make Ha Long University the future of Vietnam.

Do you already have impression of Quang Ninh, where you intend to stay, then?

I was moved when the students welcomed me in a traditional Kimono on our first visit to the school with the head representative of the JICA Hanoi office. Quang Ninh and Shiretoko, which is where I was born and raised in the Hokkaido area, are also very similar. Like Ha Long Bay, Shiretoko is a natural treasure of the globe. The Northern Hemisphere’s iceberg system extends as far south as the Shiretoko Peninsula. This area is a model for the evolution and growth of creatures and a treasure trove of the flora and fauna from all terrestrial, coastal, and oceanic environments. Furthermore, there are numerous similarities between the provinces of Hokkaido and Quang Ninh, including their shared northern border location, high levels of development in the fields of agriculture, forestry, fisheries, and tourism, and their potential as future development sites.

What are your plans for your time at Ha Long University, then?

Ha Long University should embrace the challenge of modern higher education and offer a variety of high-quality professional training programs, with a focus on technical and vocational education. Unrestricted by traditional approaches, it is a novel and adaptable approach to managing universities that allows for both academic research and practical training in technical and vocational sectors. Vietnam will require this in the future. 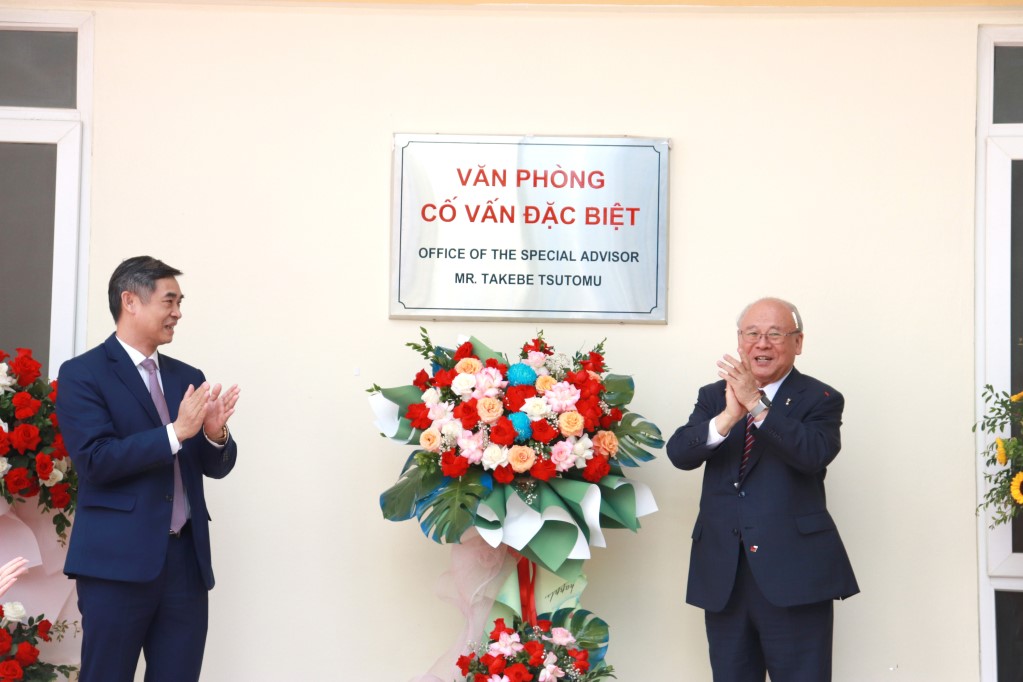 In order to develop top-notch human resources who are not only fluent in Japanese but also educated about Japanese culture and technology, I also want to connect Ha Long University with Vietnam Japan University.

Additionally, Ha Long University is well-known for its Faculty of Tourism, and I think we could strengthen it by collaborating with Japanese colleges and institutions. Since then, promoting Ha Long University’s reputation. I suggested opening a Japanese Language Center at Ha Long University in July of last year with the following three objectives: Understanding Japanese culture, life, and customs; promoting Japan-Vietnam exchanges through Japanese study; developing Quang Ninh province’s economy and quality of life; strengthening and expanding ties with Japan’s business and industrial communities; and enhancing the international university’s reputation with the catchphrase “When it comes to Japanese, one must say Ha Long University.” These are the goals behind the creation of the Japanese Language Center, and I’ll prepare a detailed strategy in the near future to ensure that they can be quickly implemented.

In fact, tourism is evolving into a key economic sector for many nations, not just Quang Ninh, Vietnam. Similar to Quang Ninh, Hokkaido’s primary industry is tourism. The exchange between the two provinces was launched last month when Vice Chairman of the Quang Ninh Provincial People’s Committee Nguyen Thi Hanh traveled to Hokkaido and signed a memorandum of understanding with Hokkaido Vice President Tsuchiya. We are presently in the phase of transition from bilateral exchanges to bilateral exchanges between Quang Ninh and Hokkaido provinces.

I believe Ha Long University must develop leaders in the tourism sector, serve as a hub for the industry’s growth, and help Quang Ninh Province shape its future.

The world is getting smaller and closer to each other because to advancements in transportation and the popularity of the Internet. Humanity will defeat the Covid-19 pandemic and reach the era of great exchange, albeit it is still not quite complete. The variety of cultural exchange activities is getting more and more fascinating, and we are entering a time when we can influence other nations using “soft power” like informational, cultural, and intellectual influence. faith and human strength, but not military “hard might.”

– I can tell that you have a specific love and excitement for Quang Ninh province’s future. What then do you intend to convey to young students?

I’d like to start by congratulating the new students who are attending Ha Long University this academic year. All of the students at Ha Long University have my sincere wishes to “Swing to the future, reaching out to the globe.” I’m hoping you’ll embody the spirit of the global period, relish your time as a student, and develop into the people we can trust with your future. You are essential to the future of Ha Long University. Please give it your all.

– Thank you for your precious sharing!